Or customized packing according to users need.

Application:
1.Used as raw material of synthetic chemical, or as a good Methylating agent, widely used in production of pharmaceuticals, pesticides, intermediates of flavors and fragrances etc.. (according to the Montreal protocol ,raw materials use is an exemption from the united nations，and will continue to be used for a long time after 2015).

2.Used as the treating medicine of quarantine fumigation on importing and exporting goods and packing at the port, called "Quarantine and pre-shipment fumigation" (abbreviation: QPS use).Methyl bromide is the only fumigant permitted under the ISPM 15 standards for wood packaging materials used in exporting commodities. (according to the Montreal protocol ,QPS use is an exemption from the united nations，and will continue to be used for a long time after 2015).

3. Methyl bromide is a highly effective and broad spectrum fumigant, which can be used for soil fumigation to control many pests including fungi, bacteria, soil-borne viruses, insects, mites, nematodes, rodents and weeds (abbreviation: ODS use).. However, methyl bromide was listed under the Montreal Protocol as an ozone depleting substance. But we have allowed small quantity of methyl bromide of Critical Use Exemption for soil fumigation after 2015, and its only to be legally used in ginger before planting in Shandong province. 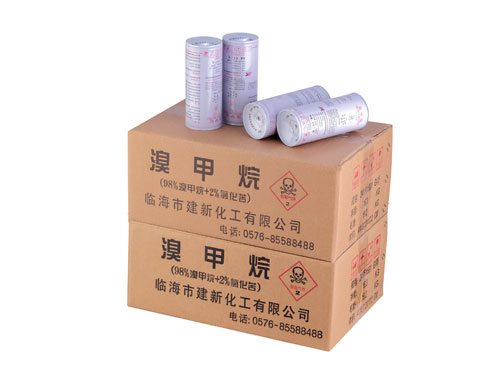